This year marks the 10th anniversary of Opera Mini. Throughout the past decade, Opera Mini has evolved alongside the world’s mobile tech. Before we travel back in time and look at how Opera Mini has transformed, let me introduce the new Opera Mini for Android:

The new Opera Mini is built for Android, with a native look and feel made for your touchscreen. The app’s visual Speed Dial start page lets you easily add and manage bookmarks and shortcuts to your favorite sites. And of course, you can save a ton of data with Opera’s compression technology.

We started with a vision to make the internet available on any device, and 10 years ago many saw that as only a fantasy.

Why was it difficult, you ask. There were over 10 different operating systems (OS’s) on mobile phones, and each mobile phone manufacturer had its own view on how content should be displayed in the time of restricted WAP access. We dared to dream, and declared that bringing a full internet experience to mobile devices was a dream worth fighting for. 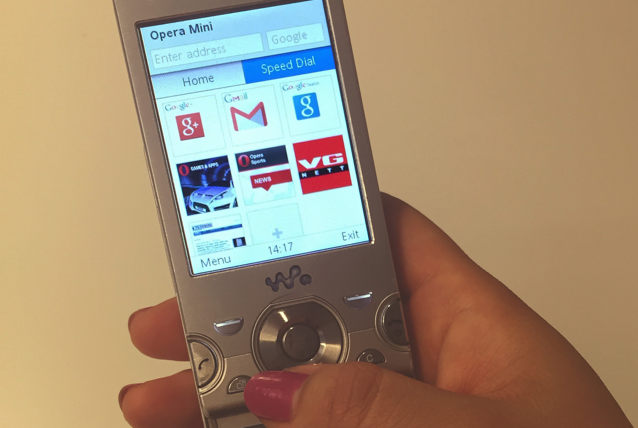 Remember these? Before smartphones, there were these basic, “feature” phones. They had one thing in common – they could all run Java applications. In 2005, Opera Mini became the first browser that brought users the full web on these mobile phones and allowed people around the world to access the internet in a way that was only possible on PCs before. Simply put, Opera Mini was the killer app to have on every basic phone.

After basic phones, both Microsoft and Nokia had a go at more powerful OS(WindowsMobile and Symbian), which were in many ways the precursors of the modern smartphone. Opera Mini joined these platforms too.

The arrival of smartphones

In 2007, Apple debuted the iPhone and iOS. Shortly after, Google released the first version of Android. In the beginning, there were rough edges. To deliver the same functionalities, we developed our browsers using our own user interfaces.

Today, these OS’s have matured and become the dominant mobile platforms. Millions of people around the globe got used to their look and feel. So, we started taking advantage of the simplicity of their native user interfaces. This process was first done on Opera Mini for iOS, and today we launched a native Opera Mini on Android, using the same idea.

Just like our phones, we’re not done evolving. The past decade has taught us that we can continue to develop new and exciting ways to make browsing the web simpler, safer, and faster. Our vision is still the same: get the web into the hands of everyone, regardless of their device.

We can’t wait to see what the next 10 years brings us.

Download Opera Mini from the Google Play store. It’s free. Take it for a spin! 🙂

Download Opera Mini for your mobile, browse the web faster without ads 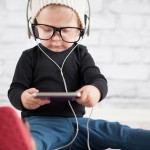