We invited all cyclist participants to capture their discoveries from the #DiscoverWithOpera cyclothon. Here are the winning submissions from the contest. The picture above is a brilliant representation of the entire #DiscoverWithOpera cyclothon organized late last month. The picture captures a cycle, with the cycle owner (Akash from Cyclesutra), sitting at Rajon Ki Baoli, which looked beautiful after a round of heavy showers earlier that morning.

Rajon ki baoli is a famous stepwell near Adham Khan’s Tomb in Mehrauli Archaeological Park. This magnificent three-storeyed stepwell is believed to have been built by Daulat Khan during the reign of Sikandar Lodi in 1516. The baoli was used by masons for some time. Hence, it got its name as Rajon Ki Baoli. The baoli is one of the highlights of Mehrauli Archaeological Park and a favorite with every visitor. Amid the picturesque Mehrauli Archaeological Park, there were some discoveries that stared you in the face, like a Tomb of Quli Khan, and some that required an effort getting into, like a Balban ki Baoli; but there were some discoveries beyond all of these and that’s what this picture represents. Adjacent to the Tomb of Khan Shahid, this was a puddle that was beautifully captured by Gaurav Arora.

*We would like make a special mention of another photograph submitted by Gaurav: 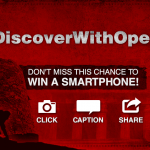 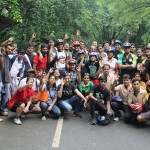 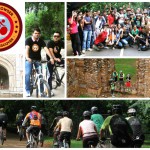