It makes sense if you think about it, really. While it’s fun to play sports, that doesn’t stop millions around the world from watching the best athletes compete in sporting events. It’s the same with video games. There are games we’re good at, and those we’re not, but we can still enjoy watching them. Especially when players are very, very good at playing them.

So it should be no surprise that there’s an entire industry built around broadcasting live gameplay, also known as live streaming, and competitive matches you can watch online, which fall under the category of esports. Whether you want to watch video games or compete, here are some resources to get you started.

Esports have grown so popular that some of these games are broadcast on television. ESPN-3, Disney XD, and even ABC all carried portions of the Overwatch League finals for their viewers. Overwatch is a popular team player battle game created by Blizzard (no stranger to online entertainment, having created World of Warcraft among many others). League play includes players and coaches from around the world, competing in thrilling matches in real time with unique camera angles not available in the regular version of the game. It’s truly exciting to watch.

The biggest name in streaming games is Twitch.tv, which still has the largest number of broadcasters and viewers. It’s now part of Amazon, and the number of people watching has exploded over the past few years. Twitch has a very active community, plus lots of features to reward your favorite streamers. Ad deals sometimes help streamers make this their full-time gig, but for most players it’s just the fun of playing through a game, making comments, and interacting with other fans. Twitch can be viewed on just about anything, from mobile devices (via apps or browser), to computer browsers, to consoles like Xbox and PlayStation.

Microsoft decided to get in on this action by launching Mixer, available online and on Xbox. The community is still smaller than Twitch, but growing quickly as Microsoft has several nights each month dedicated to promoting the streams of players who regularly show up and participate. It’s a great way to find some of the newer players who are often playing new games. One of the best things about watching people play a video game online is that you get a real sense of what it’s like to play before you decide to buy the game for yourself.

YouTube has a streaming service called YouTube Gaming, although it’s not as popular as Twitch and Mixer. Still, it’s a familiar place for streamers from the other platforms because they’ll upload their edited live streams onto YouTube for their fans. Streamers like Markeplier, Jack Septiceye, CohhCarnage and others have millions of fans watching around the world thanks to live shows on other platforms as well as tons of content posted on YouTube. They provide a great gaming experience in videos that are often edits of video game streams.

Even Facebook has a gaming channel, though it’s still growing a bit. Facebook has over 2 billion potential audience members, more than just about anyone, and since it’s not as crowded as the other gaming sites, it can be a good way to see what this streaming stuff is all about before really diving in.

If you’re looking to get into live streaming video games, there’s really never been a better time to try it. Twitch may still be dominant as a live video game platform, but Mixer and YouTube are also vying for your attention and Facebook has a built-in audience watching. Mixer has Microsoft behind it, as the current generation Xbox supports Mixer natively (Twitch is also supported, but it’s not the default). Of course, YouTube is where many streamers go to post their videos after, or post edited videos, but Google has been pushing its own YouTube Gaming as well. No doubt Google’s efforts will be rewarded when Stadia launches in late 2019.

So, if you’re one of the two billion PC gamers out there, how do you get started with your own live stream?

First, you’ll need some way to get your game onto the internet in real time. Your source media will include the gameplay itself, and you might have to use a capture device to pull that video without introducing lag into the game as you play. Elgato, Happauge and others sell devices that plug into your PC or console to split the video between what you see and what you stream to the people watching. Some consoles can stream directly, like the PlayStation or Xbox, and offer Twitch or Mixer integration.

Once you have a way to send your video out, you may also want a webcam so people can see who is playing, plus it makes the stream more personable. Many popular streamers chat with their audience as they play and a camera is the easiest way to do it — otherwise you’ll be typing in chat while trying to play.

Part of the fun of live streaming games is interacting with those watching while you play. As you can imagine, this frenetic pace of playing while chatting isn’t for everyone, which is why many streamers realize quickly they’d rather play or just watch.

If you’re on a PC, you’ll also need to send your video out to a streaming service. This means using software to encode and distribute your stream. Each platform has its own tools, or recommendations, which you can see if you visit and look for how to stream, but here are some that let you work with most of the major services.

This is a free, open-source software package for recording and live streaming. It’s flexible and powerful, but perhaps the biggest benefit is the price tag of free. Even pro video game streamers use this one, and it is flexible enough to work with practically any available streaming service. It can take a little bit of time to set up, but OBS is a great tool for getting started.

Used by broadcasters and professional producers, Wirecast is incredibly flexible, powerful and optimized for sending streams. However, it is commercial software and a bit on the expensive side if you’re just getting your feet wet. If you’re looking to add a lot of fancy transitions, or to broadcast video games to multiple services, Wirecast is a good investment.

If you want a good blend of easy-to-use and power, XSplit is a good option. There’s a free introductory version, and if you like the features and interface you can upgrade to unlock HD broadcasting and more production tools.

If you have an Nvidia graphics card, the GeForce Shadowplay software is a good choice. In just a couple of clicks you can start streaming to the major platforms, and there are also easy tools for recording and replaying your best game moments. 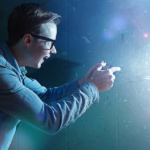 Gallery image with caption: How your browser can help you be a better gamer 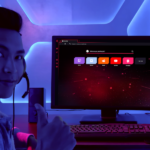 Gallery image with caption: What is a gaming browser? – Here’s why you need it 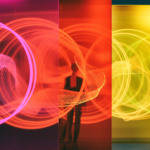