Some sad news for us Twitter enthusiasts on Windows! As of today, Twitter is no longer supporting the TweetDeck Windows app, which was, for many of us, a handy way to build custom Twitter feed dashboards and manage accounts.

Of course, you can still use the web version of TweetDeck, but over the last couple of days it’s become clear that this isn’t exactly filling the void the app has left behind:

so @TweetDeck Windows app is dead. any good alternatives? web version not an option really.

@Enyu_RS tweetdeck windows app got shut down soooo.. 🙁 i dont like the webclient

I miss Tweetdeck already. Anyone have any good alternatives? I really don't want to read twitter on my browser or phone at work.

Thankfully, all hope is not lost!

It’s given us a chance to check out a couple of alternative Twitter apps, such as Hootsuite and the up and coming Tweeten. Although the Tweeten Windows app is still in beta, it’s already proving to be pretty popular and a decent alternative to the Tweetdeck we loved:

@itmeJP "Tweeten" is a new desktop app that still is in beta that looks just like tweetdeck.

But, for those holding out for the stable version or still trying to get used to the web version of Tweetdeck, which in my opinion still does a good job for what I need, there’s some browser tricks that’ll make the transition smoother and the web version just that little less painful to use.

First off, many browsers, including Opera, have handy add-ons and extensions that can help enhance Tweetdeck in browser for you. One of my favorites is TweetDeck enhancer:

If you want a multitasking experience within the browser, you should check out our nifty sidebar setup. You can download TweetDeck as one of your sidebar tools, which will  keep your tweet threads open to the left of your screen, so you can follow along while surfing the web: 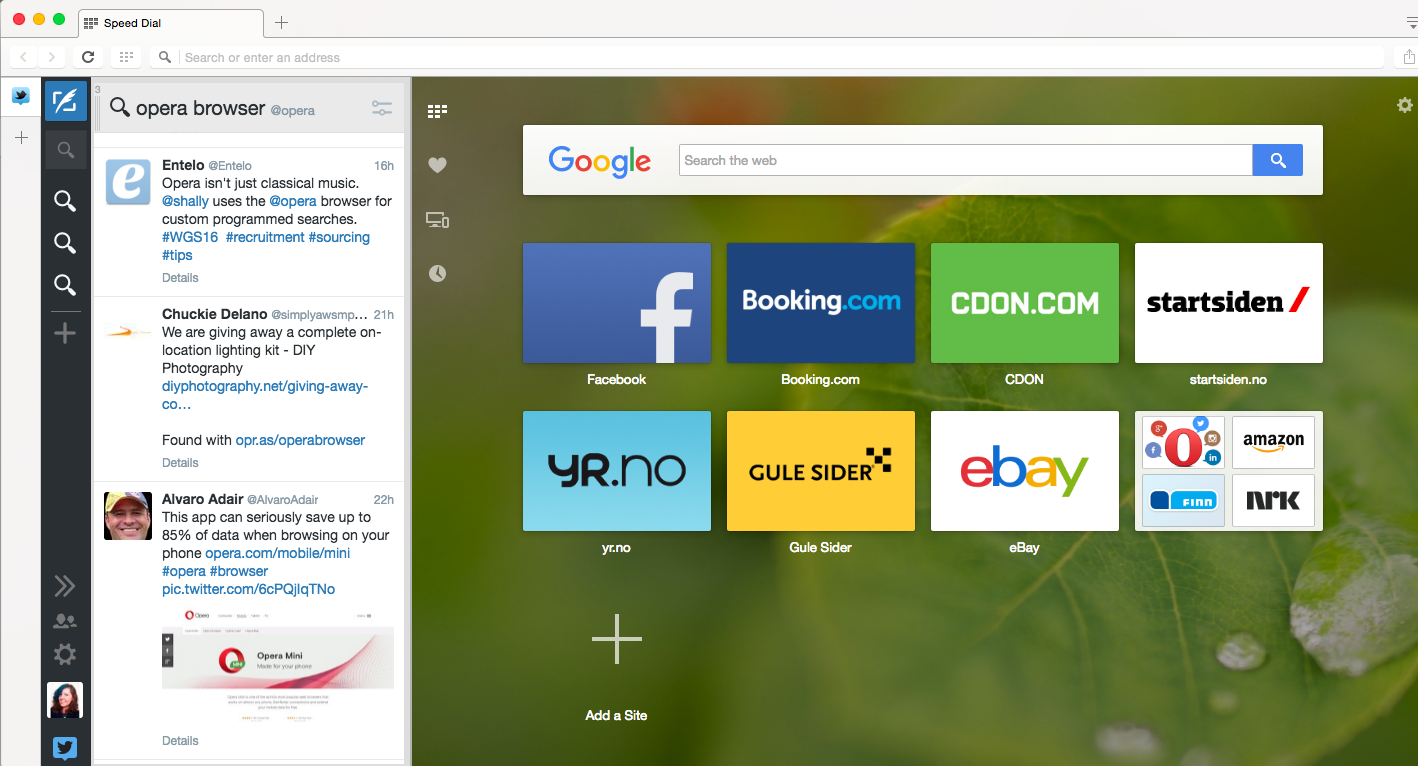 Don’t get me wrong, change is hard – especially when we lose an essential  desktop app. As a TweetDeck fan, I’d love to hear what new apps you’ve been trying recently or what your opinion is on the web version?

Will Twitter lose out to the rising new stars of the tweet-app world?