Today’s Opera 35 for Android release is mostly about changes under the hood: we’ve done an upgrade to Chromium 48, reduced memory usage, and included various smaller tweaks and bug fixes. We’ve also added a feedback prompt, which you may see pop up after a while: use this to tell us how we’re doing, so we can continue building the best Android browser for you.

But, now, I wanted to say a few words about “Add to home screen”. If you haven’t tried it out yet, just load a website, tap the “+” button on the left of the address bar and choose “Add to home screen” — the next time you want to load the website in question, it’ll be just a tap away from the home screen of your Android phone, just like an app. Over the last couple of months, we’ve been playing around a lot with “Add to home screen”, and we’ve found that using this feature allows you to save a ton of space on your phone.

We did a simple test, installing a set of apps from Google Play. Facebook, Twitter, Soundcloud, Flipkart, Wikipedia, Flipboard & Appear.in together took up about 464 MB on our phone after a fresh install. That’s a lot of storage space sacrificed before we’ve even done anything!

A better approach on devices with little storage (and who hasn’t run out of storage on their phone?) is to go to the equally great-looking websites of these companies (here are some handy links: Facebook, Twitter, Soundcloud, Flipkart, Wikipedia, Flipboard & Appear.in) and add each of them to the home screen. This gives you instant access to all these web apps, which work very similarly to their native counterparts, yet with a mere 1 MB of storage space used from the get go. That frees up 463 MB more for your pictures, videos, books, etc. How great is that?!

Try adding your favorite sites to your Android home screen and let us know how much space you save! 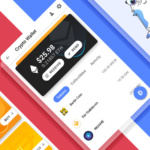 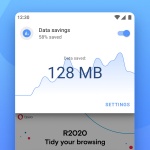 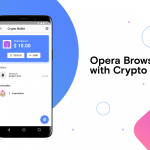