We are releasing a new build with some fixes and full support for xhdpi screens that are becoming prevalent in newer devices. We’re looking at you phablets!

If you are reading this blog using Opera Mini on a fancy, extra large full-HD Super Amoled device, get the new build now and you won’t have to get your fingertips surgically modified to press tiny buttons.

We are also fixing an issue reported by some users living on the bleeding edge of Android development. This is about Art (Android Runtime) support.

With the introduction of Android 4.4 (KitKat), Google added a new runtime option to address some of the performance issues that have been affecting the current runtime. Unlike Dalvik (the current just-in-time compiler), Art compiles ahead of time, with the expectations that applications will open and execute faster.

Opera Mini needed a few tweaks to run flawlessly on Art. The new build we’re rolling out today has those tweaks. So, if you are taking your device to the limits, Opera Mini can be with you all the way.

We have also fixed several issues related to right-to-Left languages, along with many smaller fixes to keep things running smoothly.

Have fun with the updated Opera Mini for Android! 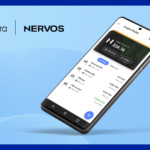 Nervos is the newest blockchain to become incorporated into the Opera browser after Bitcoin, Ethereum, and Celo 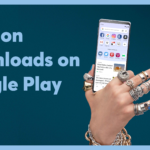 A billion thanks for a billion downloads! 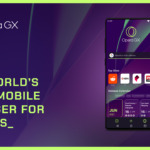 Opera GX Mobile is officially here! Get it on Android or iOS