After last week’s revolutionary announcement of the built-in adblocking feature, Opera received a lot of attention, with significant press coverage all around the world. Today’s release is merely focused on bugfixing, and we have only the following highlights:

In short: some pages offer multiple silent downloads, and in some cases, you won’t even see they are being downloaded in the background. In this release, Opera recognizes this behaviour and offers the ability to cancel such download (which is particularly important in case you have automatic downloads activated).

The popup hint has been removed. Also, the whitelist now contains only 4 elements by default (and these elements are whitelisted for all country domains) – but this update will affect only the new users.

We have decided to share some of our work in progress regarding the ad-blocking feature, which is expected to be delivered with the next week’s release (which should achieve the beta status, by the way). The first one would be the refreshed benchmark page: 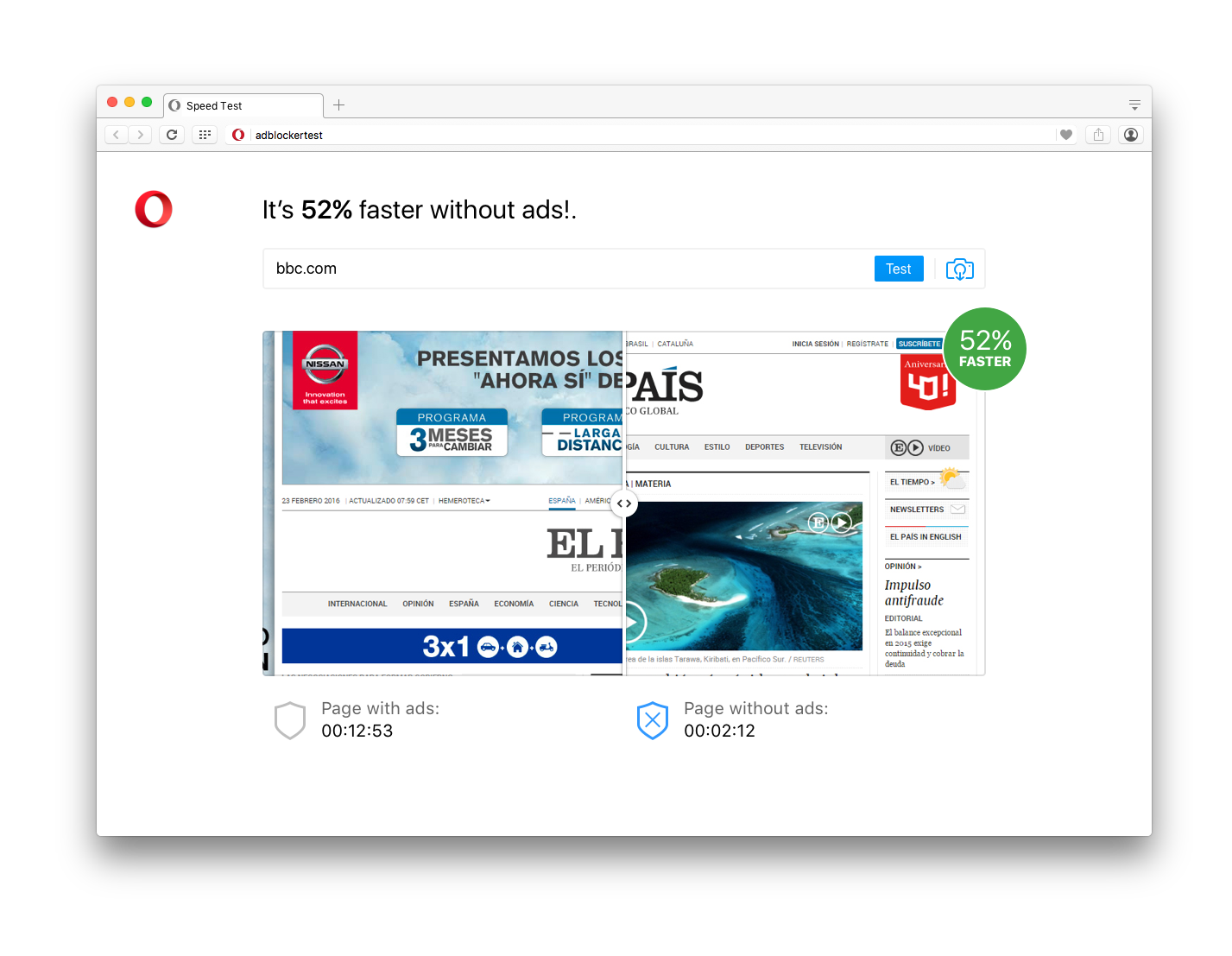 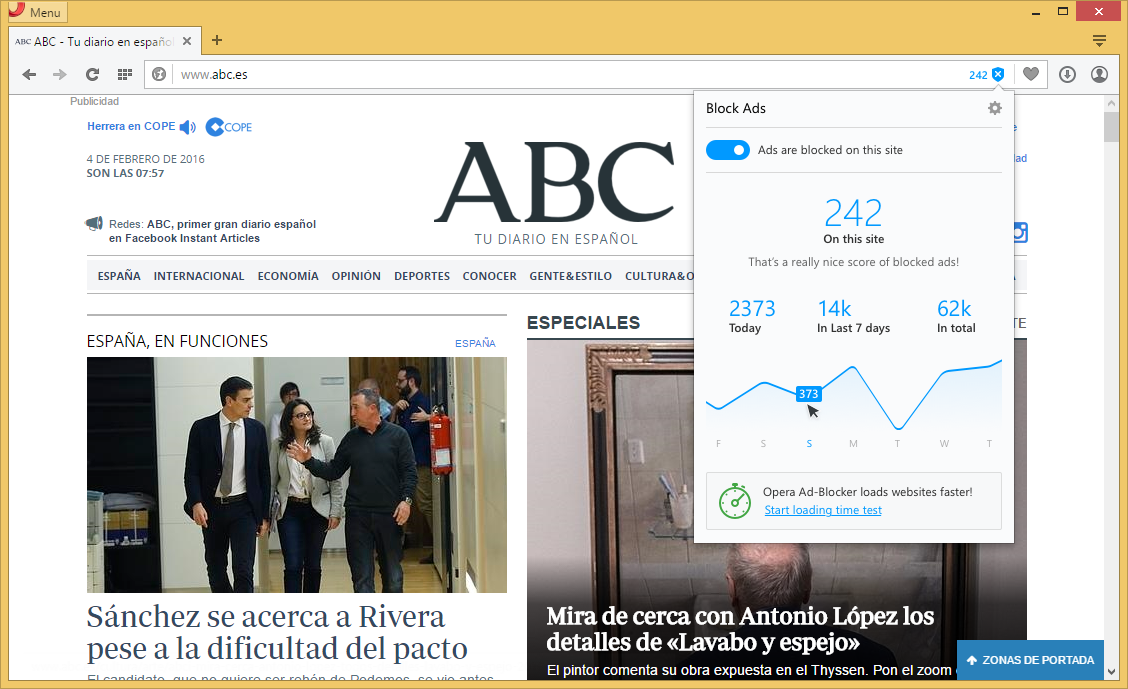 Please let us know what you think of these changes.

— At the moment, a new theme installation is a bit broken – instead of having it installed right away, a zip file is seen as downloaded instead, and then you need to select it manually from the locally available themes.
— We are also aware of a minor crash on exit and relaunch when in the fullscreen mode. Both of them are being worked on.
— Windows x64 experimental version is temporarily unavailable. We are experiencing issues with this version and they need to be fixed.
— Also, Mac 10.9 users unfortunately will not be able to upgrade yet. We are trying to identify and fix the issue.