Opera GX is an appreciated browser alternative for everyone that loves gaming. Especially with the CPU, RAM & Network-Limiters which are highlighted among the custom features in the browser. However, GX is not only for those who play games such as LoL, PUBG and RPGs, but is also relevant for chess players and people who simply love following chess events and want to enhance their online chess experience.

Don’t believe us? Here is why Opera GX is great for chess players:

With its featured Twitch integration, Opera GX lets you pop out any video from platforms such as Twitch and YouTube, keeping it on top while you alternate between work and play. Other tools, such as RAM and CPU limiting, a built-in VPN and battery saver, should appeal to any tech-savvy chess player and fan.

The Twitch Integration, which you can find in the browser’s sidebar, gives you an overview of all the channels you follow and will notify you when your favorite channels, such as chess24, are live on Twitch with new shows or chess matches. You can now go to the Twitch panel’s brand-new settings page, which lets you customize the appearance of this feature by picking the perfect layout and hover style, as well as choose whether or not you want to receive sound notifications from Twitch.

Chess 24 for the latest videos

Chess24 was launched in 2014 and works hard to stay at the forefront of all things video-related, bringing you live chess tournament commentary by the likes of Peter Svidler and Jan Gustafsson. They also provide Banter Blitz shows with stars such as world chess competition champion Magnus Carlsen and hundreds of hours of exclusive chess videos by top championship players and chess coaches. Their YouTube channel and this year’s new Twitch channel have become an ideal venue for enjoying chess wisdom, tournaments and news. And all of these videos, shows and game coverage can be enjoyed in Opera GX’s video pop-out feature while playing chess online or working on the side.

“We love Opera GX’s powerful video pop-out feature because it lets you conveniently watch chess24 videos and chess tournaments in a resizable pop-up window. It stays on top of other tabs, so you can browse, work and even play chess while you watch.” – chess24

If your goal is to stream your chess-playing, you’ve come to the perfect place!

Get 25% off an annual Magnus Trainer membership or chess24 Premium Membership just by trying out Opera GX! To claim your discount, simply visit the links above using your Opera GX.

Keep an eye on the Opera and chess24 Facebook pages for details on an exciting giveaway! 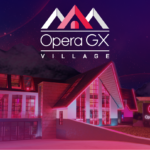 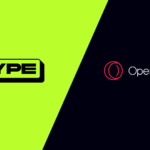 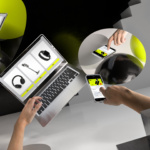 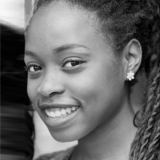 View all posts by Rosette Belesi
Back to top