At Opera, we understand how precious mobile data is for consumers, and that’s why we make sure our servers work very hard to shrink every bit of data possible for our users. This is especially important for the price conscious Indian market, where Opera Mini has its largest user base.

But, we decided, enough of our boasting about Opera Mini’s amazing compression technology, which shrinks data by 90% and reducing data costs. Let’s get down to business: numbers. And, here are the results:

Small savings add up to big money
You will be amazed at how simply choosing the right technology can help you save money. And, in the case of Opera Mini, this data-saving technology is completely free. You just do what you do every day – surf the web on your mobile phone – and Opera Mini will save you money.

And, these daily savings can really add up in the long run. The 2.1 billion rupees that Opera Mini users in India saved over just half the year could be used for:

Here’s what the 2.1 billion rupees saved by Opera Mini Indian users in H12014 could be used for

How we arrived at these beautiful numbers?

And, here’s the long one…
From the 6 months of data between January to June 2014, we were able to determine the amount of data that was sent from the websites to Opera’s servers (uncompressed data) and the data that Opera sent to users’ phones (compressed data) after shrinking it. This gave us the total amount of data that Opera’s servers helped save users within the first six months: 13,793,185 GB. Then, to be fair, we used an average of 2G in data costs (@Rs 155) to calculate the minimum amount that users ended up saving. And, voilà, we ended up with that magical figure of 2.1 billion rupees.

For newbies, here’s the lowdown on Opera Mini and its data-saving technology:
Opera Mini’s advanced data-saving technology shrinks webpages down to as little as 10% of their original size, reducing data consumption by up to 90%. This data compression also helps render webpages faster, even while roaming, or in places with poor network conditions, making Opera Mini a great companion while on the go.

Opera Mini is compatible with over 3,000 mobile devices, ranging from basic Java phones to the latest Android and iOS smartphones. 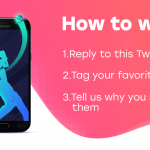 Gallery image with caption: Twitter competition: Tell us why you support your favorite team to win a Galaxy A5

Gallery image with caption: Opera Cricket on Opera Mini: The fastest way to get live scores and news