Gone are the days of struggling to get a parking space at the mall and waiting seemingly forever in a long line. Now, almost anything can be bought online, and it seems users like to use their mobile devices for doing just that.

From pondering to researching and finally making a purchase, mobile devices now play an essential role in the shopper’s journey, and this is a trend growing across the world. This is confirmed in a recent study from Opera, combining anonymous, aggregated data from the 270 million users of our mobile browsers with data from our mobile ad platform. The report also shows that mobile traffic to e-commerce sites is highly concentrated on Sundays, while desktop-shopping traffic peaks on Mondays and remains stronger on weekdays rather than on weekends.

When it comes to where consumers are shopping, Amazon remains the frontrunner, but there are other players like Berniaga in Indonesia and FlipKart in India who have solidified their position in Asia.

What about you? Do you also like to use your phone for shopping online? 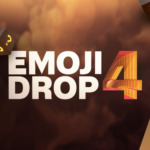 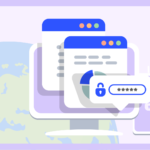