Losing our tempers while gaming isn’t just the stuff of memes—it’s a pressing issue that many gamers struggle with. A recent survey found that more than two-thirds of gamers in (UK 65% / US 67%) get angry, frustrated and even irate when they lose, more so when poor Internet connections are a contributing factor. And when gamer rage strikes, it gets taken out on the things gamers love most: Their gear.

To highlight a topic which doesn’t get much play in gaming today, Opera GX launched Anger Controllers: an imaginary set of controllers designed to be super durable, and withstand even the worst bouts of gamer rage. The fake promo, narrated by Halo Master Chief voice actor Jeff Steitzer, takes on the traditional shape of a product ad, pulling the audience through familiar scenes of gamer rage, product promises, before revealing at the end that the real question ought to be, ‘Shouldn’t we learn to control our anger?’

In addition to releasing our first “Rage Report” with key data on US and UK gamers’ daily frustrations, the brand has teamed up with Dr Alok Kanojia, also known as Dr. K.—a Harvard-trained psychiatrist and leading gaming mental health advocate. Together, we will present tips that will help gamers keep their anger in check and manage their frustrations associated with gaming. Dr. K. will also be joined by popular streamer Moist Cr1TiKaL in a discussion about gamers’ mental wellness that will be streamed in GX Corner inside Opera GX at 7 PM PST on June 6st under this link and rebroadcast for European viewers on June 7 at 8 PM CEST. 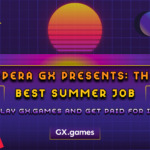 Spend your summer playing video games and get paid for it 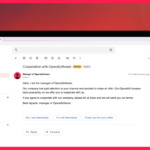 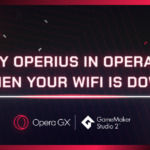 No WiFi? No problem! Blast away your blues with Operius – the new offline game now playable in Opera GX when your WiFi is out