We launched Opera GX during the E3 gaming convention in Los Angeles to much acclaim from the press and gamers alike. Now we are happy to let you know that we’ve received some additional recognition in the form of one of the world’s most prestigious design awards: the Red Dot.

Opera GX is tailored to the specific needs of those of you who play games on your PCs. It lets you control your computer’s CPU and memory usage to make your gaming and streaming smoother. It also features Twitch integration, a gaming-inspired design and numerous customization options.

The competition for the Red Dot Award was fierce. An international jury took several days to discuss and assess a total of 8,697 entries to ultimately select the best ones for an award. Opera GX was awarded a Red Dot in the Interface and User Experience Design category.

Professor Dr. Peter Zec, founder and CEO of the Red Dot Award, explains that “For around 65 years, the Red Dot Award as one of the world’s largest design competitions has been providing a platform for designers, agencies and companies to evaluate good design. I want to congratulate the laureates sincerely on their distinction, which both bears testimony to their convincing performance and highlights their quality and design leadership. Anyone who succeeds in such a strong and international bunch of competitors deserves to be proud of themselves and of their achievements.”

Opera GX has been downloaded one million times!

Today, we are also celebrating one million downloads of Opera GX. This, of course, is an amazing number for an early access program, but we are just getting started! We will keep updating you about our newest developments and features!

Opera GX gets Instagram, Workspaces and other unique Opera features 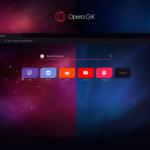 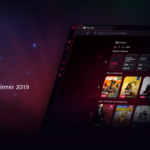 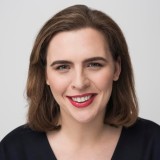 View all posts by Julia Szyndzielorz
Back to top